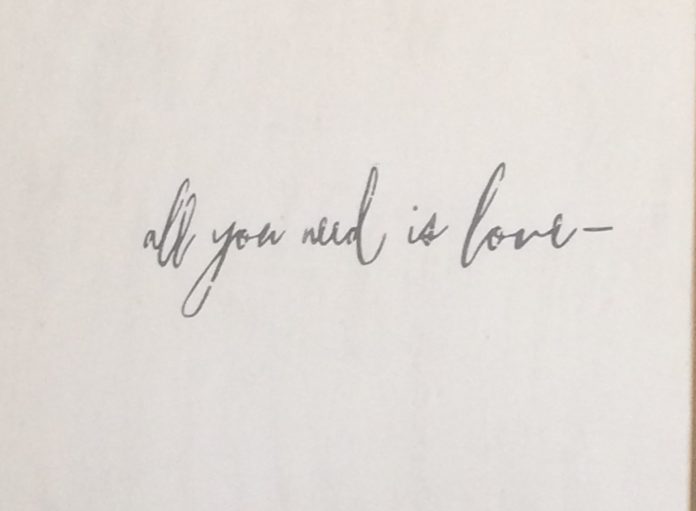 Lots of people think that writing letters is a lost art. I guess it is, in that people don’t write letters as often and we certainly don’t have to rely on the US Postal Service to get in touch with someone.

There is a Saturday Night Live skit where a guy is off to war, probably World War One, who writes long, descriptive letters to his wife back home. The wife then sends back one word answers. When a picture is requested, she sends a baby photo of herself. Everything the man asks for is misinterpreted or ignored. I guess that is one of the problems with a letter, you don’t see the other person’s expressions, you don’t hear the tone of their voice, things can be misunderstood.

In this day of emails, texts and DMs, a letter seems like a very slow and inconvenient way to communicate. While it seems I have things delayed or lost in the mail more frequently recently, you never know when you throw an envelope in a mailbox when or if it will ever arrive at its destination.

I have a basket in my office that is full of notes. Anytime I get a thank you note or any kind of handwritten note, I toss it in this basket after reading it. On days when I feel sad or nostalgic, I pull out a note and read where someone took the time to thank me or share something with me. It makes me feel connected. It makes me feel that maybe at some point, I was appreciated.

The other day I received two hand written envelopes. It is rare to receive even one, so it was extra delightful to see two! When I opened the first one it was a Christmas notecard with a thank you included. I looked at the post mark to see that it was mailed on December 1, over three months before!

The second letter was a check for a couple of Christmas ornaments I had shipped to a friend in November. It included a short note. The check was dated November 28 and the post mark on this letter was November 29! Again, over 3 months before!

I have sent letters that I expected repercussions from, only to hear nothing. Was it ever received? Did the person I sent it to misunderstand my intent? Should I keep waiting for a reply or follow up?

When you send a text or email, you feel pretty sure that it was sent. If you get no response, it is usually because the recipient is busy or doesn’t want to reply, not that it was never received at all.

I get texts from some people that are written in emojis and random letters and make no sense. It takes puzzle solving skills to figure out what the hell they are trying to tell me. Trying to figure emotion or subtext is a waste of time- I can barely make it seem coherent!

I have a young friend from college who occasionally makes my day by not only sending me a nice long letter, but also hand makes the stationary it is written on. I almost always write him back immediately, because although I am skeptical of the Post Office, I do love to write. (You’ve probably figured that out about me.)

When I talk to people face to face, I leave worried that I might have said the wrong thing. I realize I left something out, I get flustered and don’t use the words I wish I had. When I write I can edit, I can delete, I can reconsider, I can be brave. I can say what I feel uninterrupted.

I recently saw a play that was all about letters. Read by two seasoned and amazing actors, Love Letters is the story of a life time told through letters. It is funny, it is sad, it is thoughtful. How wonderful would it be to have your life and love captured on paper for all of time?

I am in the midst of trying to communicate with someone that I just am not ready to face. Although circumstances have put us in the same room a couple of times, for over two years we have stayed in contact only through letters. It is the best I can do for now.

Sometimes letters from this person have been disturbing, other times they have been infuriating and most recently they were insulting. In a face to face confrontation I would have either started crying, yelling or I would have retreated. With a letter I can take a pause to think about what to do.

My immediate response this time was to lash out, so I wrote a scathing letter that still sits on my desk. Even if I never mail it, I got it out of my system. My next inclination is to just never have contact with this person again. That isn’t 100% realistic, it probably isn’t even possible. In this case, letters help keep that distance, even while trying to stay somewhat connected.

I can only imagine that someday letters will be totally obsolete. I hope not. The feel of good quality paper, the beauty of a heavy notecard, the art of calligraphy, the crafting of words to share feelings, are all things I have loved my whole life. Seeing a hand written note in the mail should bring a small thrill to your day- it does to mine.

The days of depending on letters to stay in contact with others is gone forever. When you are in a hurry and immediacy feels necessary, electronic correspondence has to take precedence. But every once in a while it is nice to slow down and tell someone that you are sorry, that you are praying for them, that you love them with a handwritten note.

An email might be quicker, but it will never have the timeless and lasting quality of a real letter. 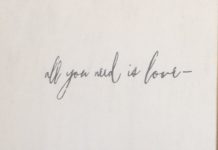