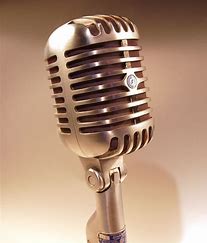 It is supposed to rain tomorrow. If it does, I guess we won’t be able to do our show. It kind of breaks my heart in a way. But in another way, I don’t believe that the whole process has been a waste.

I’ve had a rough couple of weeks. In the midst of trying to safely rehearse a very unusual show situation, I had two family members in the hospital, keeping me concerned with life and death decisions while trying to work out logistics, etc for these patients and the show.

Thankfully, I have a great support system at home to talk to, not only about real life issues but my crazy theatre ideas as well.

Each evening last week, I had at least one actor scheduled to rehearse. One night I had 4, each taking an hour- 30 minutes to rehearse and 30 minutes to clean and regroup before the next person arrived! We were basically going over the staging, running through their part, giving them notes, letting them do it again and sending them on their way. If every one does exactly what happened in their rehearsal, there is a 50/50 chance that it might look like something.

Except, now the weatherman says it is going to rain. Everything is set to be outside in a parking lot. So there is that.

My first thought was that if it rains, this whole thing would have been a waste of time. There is no way to get all of this to come together for a second time. It is a miracle it came together the first time. It will just be over. What a waste!

But then I really thought about it for a minute and I realized I was so wrong. As usual, the first negative reaction isn’t usually the right one. The truth of the matter is, a lot of good has already come from this process.

I told my husband Tim as we walked in through the back door of the theatre on the second night of rehearsals that I had had a real revelation the night before.

I had had a terrible day filled with phone calls from doctors and lots of uncertainty and upset. I was stressed and walked down the sidewalk to the theatre door, dragging my theatre bag and myself. Inside of my head, things were spinning and I was wishing that I had never pursued this idea of trying to get people together to tell their stories. Not right now anyway!

When I am engaged in theatre, I am able to fully live in the moment- to really listen, to put away the troubles outside of the door and delve into what is in front of me.

I feel that I owe it to the actors and crew members who are putting their heart into an audition, reading, rehearsal or performance to fully see, hear and experience what they are doing. Letting my mind wander to the problems of the day is disrespectful and rude. I need to really listen and observe in order to give fair notes (an assessment of their work and how I think it could be made even better.)

Being fully present, letting your full attention stay with what is right there in front of you, seems to be less and less possible in the world we live in. The constant interruptions from our phones and other people who can’t stay focused seems inevitable. For me, a silenced phone and a complete dive into the world that is being presented onstage is the one time I am fully engaged and fully present.

After each rehearsal I felt better equipped to handle what was waiting for me outside of the theatre door. I felt recharged, refocused and more hopeful about whatever lies ahead. Sure, it was all still there, waiting. But I felt like I could handle things better than I did when I dragged in before rehearsal.

So yes, it will be very disappointing if it rains. I still think we can dodge the rain and have our show. I have to keep believing that until I stand in the middle of the parking lot, getting drenched right at showtime- then I guess I will give up hope. Until then, I continue to plan as if we are on!

For the writer who told me they never realized how different it was to write for performance as opposed to writing for publication as they usually do.

For the actor who discovered halfway through their first read through aloud, that they had to act like themselves while telling their own story and that it was more difficult than they had expected.

For the performer who was reading someone else’s story, yet got so caught up with empathy for the writer, that they got choked up.

For the person who has been through hell and realized they are a different person afterwards and needed to come to terms with that difference.

For me, having to give up the idea of perfection and rehearsing something to death and just go with my gut and hope for the best. And for my realization that I am indeed more at home, more relaxed, more focused and more truly myself when I am at the theatre, helping others to be their very best selves. I thought I knew that before, now I have felt it in my bones.

I remember in college that we talked about a director from way in the past (sorry, I can’t remember the name! I was a good student, but I have forgotten a lot- especially history!) who liked to rehearse a show for a long time and then never actually perform it in front of an audience. I thought that I could definitely go along with that plan – I love to rehearse and then get terrible stage fright when I actually get ready to be in front of an audience!

Now, faced with the possibility of actually going through all of the work to get a show like this staged, teched and ready for an audience, the idea of no actual performance doesn’t sound so wonderful. But the idea that you learn and grow during the preparation is definitely true, although I realize the audience can teach you that one last lesson as they add their energy and reactions to the mix.

My plan is to see what an audience can add to what we have experienced so far, and to hear what they take away from the stories they are about to hear. In case the weather puts an end to that (and after all it is 2020!) I hope that we all can walk away, knowing that we prepared, learned and shared in the time we were given. That we did not waste a minute, but grew in the knowledge of ourselves and our craft.

If you have a minute, do a rain dance, or say a prayer or light a candle or whatever you do, so that we can set up and perform rain free. I think whatever happens, it has been a great experience so far, and so far is all I have right now. If there is one lesson we have all learned in the past few months, today is what we have and we better enjoy it to the fullest. Tomorrow there might be rain.

And in the big scheme of things, it could be worse.