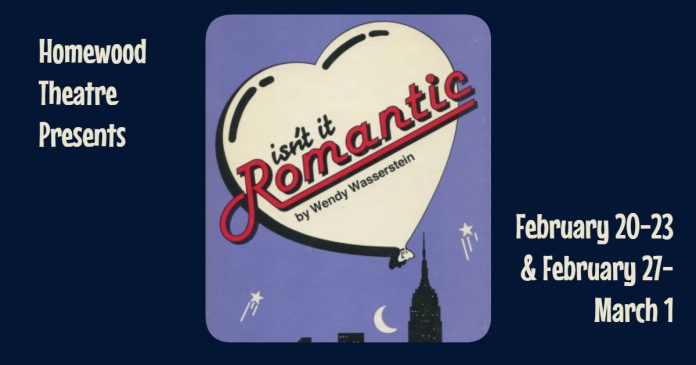 It is interesting to me how different people learn their lines differently. As a preschool teacher for several years, I definitely saw first hand how many different styles of learning there are. But as adults, the differences are still fascinating.

I really started noticing the big differences when I went back to college. Working on scenes for class with so many different people helped me to see just how varied our learning styles really are!

As a director, I try to be sensitive to those differences. If working one on one or even alone is more beneficial, then I can stand back and give you time to work on your own. If working on the set with the cast is best for you, then I can be there all night and run scenes over and over.

One of the guys I was paired with quite a bit in college had a way of learning lines I had never seen before or since. He was an older student like I was, although he was a good 15 years younger than me. Since we were at least in the realm of the same age, we got paired up a lot.

In Acting 3 class we got paired to do a scene from Macbeth. It was a very serious, fairly familiar scene. For some reason I had a mental block learning the lines. I would say it was doing Shakespeare that had me intimidated, but I had already gotten one of my best critiques ever doing a Shakespeare monologue from another play.

My scene partner wanted to help and shared how he learned lines. For each show or play he was a part of, he would buy a new notebook and write his lines over and over and over and over. Pages and pages of line after line helped him to learn them. He would fill a whole notebook on one scene.

Another student showed me how they learned- they would make flash cards with the cue line (line right before their line) on one side and then on the back was their response. They would use the cards to rehearse alone, going through them over and over.

Actors now have apps that they can use to put in the scenes they want and then the lines are read back to them. I have never used one of those, I am not sure how they work exactly and I am not sure if that is a way I could learn lines.

I now learn lines in a combination of several of those ways, but mostly I have to know the story, know the character, know where I am going and who I am talking to. I have to do all of the research and along the way say the lines out loud over and over. I can run them in my sleep and through my mind during the day, but nothing gets them embedded in my brain like the muscle memory of saying them again and again. Once my character is established, I know the words that person would say.

My husband Tim is good to run lines with me and my cat will sit and stare at me as I walk around the den saying my lines over and over. Knowing what line comes after what cue is important, but if a line is skipped or misplaced by another actor, you have to know where you are in the story you are telling, what needs to be said to keep the story moving forward. You have to be able to pick a place and get there somehow, some way. You have to pay attention to what is being said, not just wait to say a line in response to another line because what if the cue never comes?

Almost never is any one performance perfect. Someone screws up something, forgets something, paraphrases something. As an actor you have to be listening to what is said so that you can respond to a mess up with something that makes it all make sense. Almost every night someone comes off stage apologizing and pointing out where they flubbed a word or skipped a sentence.

The past two nights have been the first official rehearsals “off book.” (This term is explained in the last post if you want to go back.) In my 57 years of theatre experience, the first night off book is always the worst. You know your lines, you know them better than you think you do, but being put on the spot for the first time, no script in hand, your brain turns to mush and you barely remember what character you are playing. If you want to feel stupid, the first night off book is your night!

At home you go through it perfectly. In the car you say your monologues with precision and emotion. You walk in to rehearsal feeling ok about it all. And then you get on stage, hear your cue and immediately have to call “line”!

I always try to run Act One on one day and Act Two the next. That gives the actors two days to be ready, not the whole show at once. It also gives time to run the act, forget everything, be embarrassed, work out issues and then get over the nerves and do it again. When we ran Act One Monday it took a tad over an hour the first time and only 54 minutes the second. That means that the cast asked for lines so much less the second time, they saved 5-6 minutes. It was immensely better the second time around!

Last night, with Act Two, things were a little rougher. Again, that is to be expected. It is a shorter act yet took almost an hour and 20 minutes to go through. Think about it, when you start to read something or learn something you start at the beginning. We tend to learn lines the same way. We learn the first act first. We start our work memorizing at the beginning and if we get stopped by a phone call or have to go to work or cook dinner or clean house, we put down our script and maybe never even get to the end of the show most times. It is only human.

And that is what we all have to remember. We are all only human. Real actors want to know their lines, they want to get it right. They want to give the right cue to their scene partners. They want to use the words the playwright thought long and hard about. They want to tell the story the most effective way possible. They want to fulfill the director’s vision and they want to work in that theatre again. We all want to do our very best.

I still feel so confident that we are on schedule, that nothing distressing is going on. We have jumped the first off book hurdle. Everyone knows what they need to work on. We no longer have books in our hands so the movements are freer and the relationships are growing. Last night, in the last scene, I got tears in my eyes and I realized the actors on stage also were tearing up. Although we reran another scene before we stopped for the night, I was still thinking about that emotion on the drive home.

Friday we will add in the sound bites we recorded a couple of weeks ago and Jon and I edited this past Saturday. It might throw everyone off again, to have that new element added in. That is why we are doing it now. Better now than later. I have no doubt it will add so much to the show and we will be one step closer to making it everything it can be.

Each one can be a hurdle to jump, but it is also a step closer to the goal. It is a long, complicated and exhausting process, but it is rewarding in the end when the audience sees it for the first time and can laugh and get those teary eyes with us.