A couple of weeks ago I started a Facebook group of people I was hoping to work with on a project. I wanted them to talk to me about their thoughts on a subject pertaining to the project that I thought would bring out all sorts of feelings and opinions. I, myself, am kind of on the fence about the subject. I have clear opinions on some parts of the project, but realize that parts of the subject are still up for debate.

One person sent me an opinion. It wasn’t exactly what I had hoped to hear, but I am a person of my word and did not share their comments with the group. I was also a person of my word in that I listened to them. I did not hear what I had hoped to hear from them, but I valued their opinion and their feelings. I told them I had mixed feelings myself and was grateful for their input as I made a decision. I was mostly happy that someone had bothered to respond.

I know that people are busy. I know it is not their responsibility to help me or to tell me what they think. I was mostly surprised because this is a subject that they claim to be passionate about and a circumstance that many of them post about. When faced with a real situation that fed into their passion, their thoughts, they were silent. I was just perplexed.

After a couple of weeks and no more responses I tried to just delete the group. Evidently, my idea was not working! Not being much of a tech person, I could not figure out how to delete the group so I just archived the group. The whole thing just makes me sad.

I guess I always find it odd when people don’t want to talk about the things that they claim are important to them. It makes me sad that there isn’t more dialogue between folks of differing views and now I am confronted with people that I think are basically on the same page and yet they still don’t want to discuss things.

Even if every person had just blasted me for even posing the question, or been insulted that I even asked them to take time out of their busy day to type out a response, I would have at least preferred some sort of response to dead silence.

I’m not going to lie- I was angry when I got no response, but that quickly changed to a sadness that I just can’t shake. And I’ll be honest, it kind of changes my feelings about the people I contacted that they didn’t respond at all. I am hoping with time that the feeling of rejection will go away. As it looks now, I will have a lot of time to get over it.

I didn’t think that I was asking for much, but maybe I was. Maybe they felt put on the spot. Maybe they thought I would harbor negative feelings if they expressed an opinion I didn’t like. I don’t think any differing opinion would have hurt me as much as silence.

I guess I will never know what they actually think on this subject. I guess in a way they did answer my question with their silence, but it was not what I expected to get from them. All I wanted was for them to talk to me. 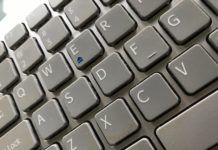 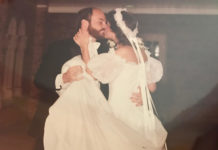