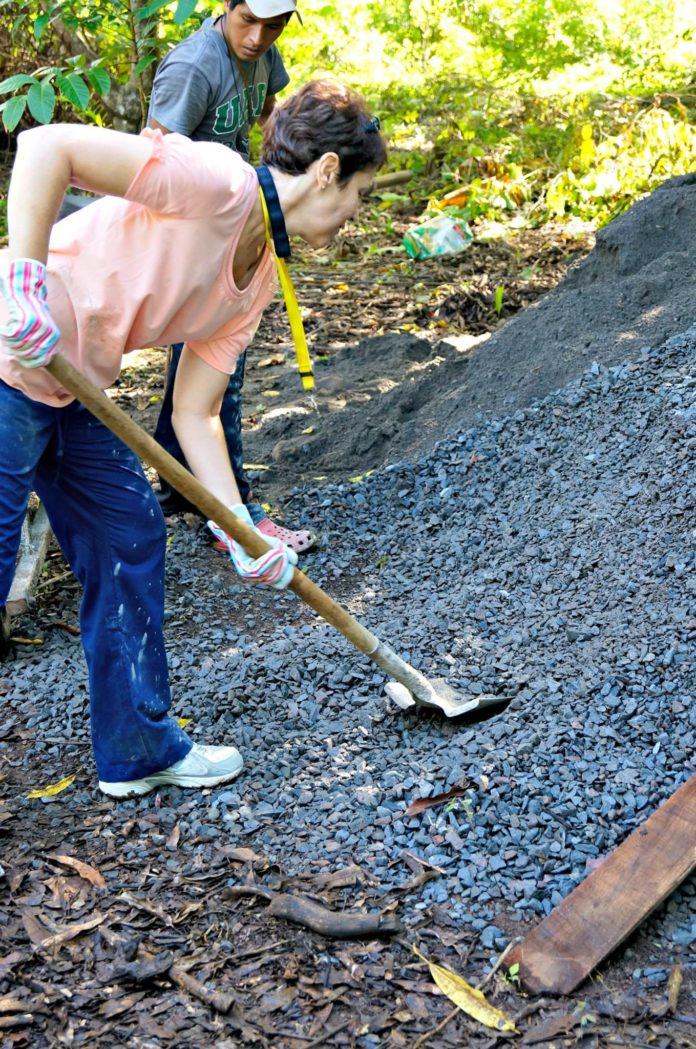 After taking a beginning directing class in college because I had to, my advisor urged me to take another. I took Directing One because it was a part of the core I had to take to get my BFA. I took Directing 2 because of her urging. I took Directing 3 to fill a gap in my schedule and because by this time it was starting to intrigue me a bit more. For my BFA project, my cohort and I basically directed ourselves with some help from an alum and my voice teacher. I did a directing internship at a local high school to fill a need that a very good and kind teacher had and because I once again needed to fill a gap in my schedule. I kept saying I had no interest in being a director. None the less, I kept studying it.

When I was approached to direct my first “real” play, I immediately said NO! I was again urged to think about it and eventually I agreed. I had directed my fellow classmates, I had directed kids during workshop productions and church musicals, I had helped direct high school kids at a couple of different schools. This would be the first time to direct real, adult actors in a real, adult play.

Talk about imposter syndrome! I was the poster child for not just thinking, but knowing that I was in way over my head and it was just a matter of time before I was discovered as the fraud I was.

That first show went well and I was convinced that it was beginners luck and I should quit while I was ahead. Instead, I agreed to direct another play. This time it didn’t go quite as smoothly.

I only had four actors in the cast. Two of them agreed to be there from the beginning and were the main characters. One part I couldn’t seem to cast at all and the fourth actor dropped out at the last minute and I had to recast. The last two to be cast were in other shows and couldn’t come to rehearsal until most of the way through the process. The show turned out fine, but I lost lots of sleep and struggled through a lot of the process, which was disjointed and not what I wanted it to be. I felt sure it would be the last show I would direct!

And yet here I am again. And this time I got everyone I wanted for the show. I had one tiny part that was cast for 5 months before the actor decided at the last moment he didn’t want to do it after all!! I replaced him in one day with someone who is an amazing actor and could be in a much bigger role. I was surprised when he agreed so quickly to take this tiny, yet hilarious role!

All along, this process has been perfectly on schedule and I have written about it as an example of what a rehearsal schedule should look like. But somewhere in the back of my mind I have been worried.

See, I may not have tons of experience as a director of adult, professional actors, but I do have lots of theatre experience in general. For over 57 years I have been in plays, stage managed plays, run a professional dinner theatre for 3 years and taught and dealt with young people in the theatre. I know that no process goes this smoothly. I know there is a wall out there, just waiting for us to crash into it head first.

I was getting concerned that we were going to hit the wall on opening night if it didn’t happen soon. And then this past Friday night, we hit it!

There seems to always be that day when everyone comes in tired and short tempered. A night when everyone has had a rough day and this is just more of the same. A rehearsal when whatever can go wrong, goes wrong, when no one knows their lines anymore and you feel like the whole show is a struggle to get through. Friday was that night.

I had made the decision to go ahead and bring in the technical director to add in the recordings. I thought it would help the actors start to see the flow of the show better. I thought it would fill in the holes and let everyone start to see how much time they would have between scenes. I thought it would give the tech guy a chance to get used to all of this music and phone messages and commercials and sound effects that had to be put in before we get to the lights which will also be more than what I have usually dealt with. I thought we were so far ahead of schedule we could just plow straight on.

I also thought that we had less tech time than usual next weekend because some of the actors had an audition they wanted to attend. Now I could have been the “angry old man” I am often accused of being and told them that the show they were already in came first, but I was trying to be nice and agreed to move the Sunday rehearsal up an hour and cut it short. Adding in the sound cues now helped me to feel better about cutting that rehearsal short.

The rehearsal started off rough- I won’t go into specifics but I will say it had to do with choreography, too much of my attention on the sound stuff and not enough on what was happening with my cast, and probably bringing in too much tech too early. As any good boss knows, the problems start and end at the top. I take full responsibility for all of the ills we experienced that night.

And that brings me to what is so great about real actors. Not the people who think theatre is a hobby or something fun to do occasionally, but those of us who eat and breathe this stuff. Those of us who have studied it, who take it seriously, who research and pour every extra hour into creating characters and becoming someone new. Who take storytelling as personally as we take our jobs and our relationships. Who don’t think they know it all, but know their limitations, support each other and take care of their own business. Who don’t look for ways to stir things up and start drama backstage. Who do look for ways to cheer each other on, work together and create something of value. These are the people I call “real” actors.

Real actors will get angry during a night like the one we had. But they are not angry at each other or even at me, even though they certainly could be. Real actors get angry with themselves. They want to be good, they want to be their best. And when they are not, they get angry at themselves. There are no pointing of fingers. There are no petty shrugs of “it wasn’t me!” There is no, “Well, he didn’t do this right so it messed me up.” Even if you get angry and think that, real actors are supportive and say ,”It was probably me” or “we all missed something I think.”

As actors we take the blame on ourselves probably way more than we should. We are hard on ourselves and expect perfection even as we know that perfection isn’t possible. We feel an obligation to do our best on any given night and to honor the fact that the people in our audience not only paid money for their ticket, but more importantly, gave up their precious time to spend an evening watching us. It is an obligation we take to heart.

We are supportive of each other because we know how much we need each other. We know how hard we have all worked and how much it takes for each one of us to work all day at our daily lives and then come to work at the theatre for another 2-4 hours. We give up dinner, we give up rest, we give up quiet time alone in the evening with our family to gather in the theatre and work hard to do what we do. It doesn’t happen the way it should if everyone doesn’t work together and support each other.

Amost as cells come together to make an organism, a cast comes together. When one comes in tired, upset, short tempered or sick, it spreads through the body and everyone quickly seems off kilter. When we finally have that night that everything is off a bit, it infects everyone.

In the first show I directed, I just stopped rehearsal and sent everyone home. Was that the right choice? Who knows. Last Friday, we plowed through. Was that a better choice? Still don’t know. But we got through it together.

When all was said and done, I felt much better. I told the cast that I was glad we had finally hit that wall. That we finally had a bad rehearsal. That things went off of the rails a bit. We have time left to fix things, to heal and to recover. We have time to recreate and readjust.

I feel better now. We are doing what we need to do and it isn’t perfect. It won’t be perfect. It is a living organism that is full of flawed people who want desperately to do their best, yet are human. It is a growing thing that is still changing and evolving and it won’t stop just because the audience shows up. I feel better knowing that we hit the speed bump that is usually somewhere in the process well before the opening and yet far enough along to not derail us.

I feel better knowing that starting Monday we will be in the theatre for good, that our set will be done and the props and the sound and everything can begin to gel and we can take what we have learned about ourselves, our roles in the production and our end goal and continue to move forward. I feel better having made some executive decisions about spots that I needed to take hold of. I more clearly see what my vision for this play really is. I thought I knew, now I know I do.

It might have been rough on everyone, some more than others, and I always hate for that to happen. I like a smooth process and happy actors. But it seems that just as in life, we learn from the messy parts much more than we learn from the easy. I think that taking those rough times and finding the lesson, coming out better than we went in, is the point. Having done that, I feel better.