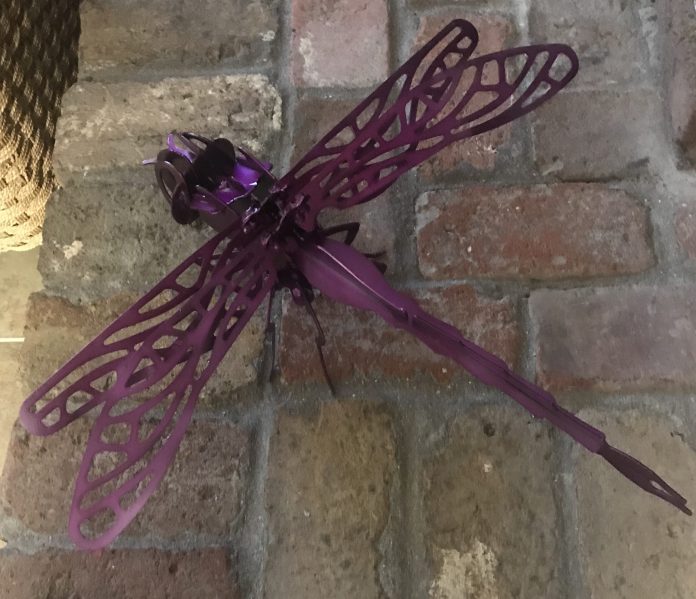 Tim and I have always played Santa for each other at Christmas. We each secretly fill a stocking and make a little display full of gifts and treats. After I go to bed on Christmas Eve, Tim sets up his display from “Santa” for me in my chair, then I get up before him on Christmas morning and set up his display in his chair. Of course I am careful not to look at my chair as I go about my task, so as not to ruin any surprises!

When Jon came along, we spent more time working together on Jon’s Santa surprises, but we never quit making our little displays for each other. It didn’t matter if we were up until the wee hours putting stuff together for Jon, I would go to bed first so Tim could put out my stuff and I got up earliest so I could put out his.

Jon has been out of the house for almost a decade, and is now married, so Tim and I are back to making our Santa surprises only for each other.

This year, I brought out all of the stuff for Tim and arranged it carefully on his chair. I put the shirts I got him over the back of the chair and then arranged gifts, treats and his full stocking on the seat cushion. I then went to start the food in the crockpot for our meal later in the day.

When Tim got up, we went to the den to check out what “Santa” had brought. Tim always makes me go first and when I began to look at the stuff on the chair, he pointed out what was sitting on the ottoman. There sat a huge purple dragonfly.

Now I have to back up and tell you that for most of my life, my father gave me a giant bug every Christmas. It was the most consistent thing that he gave me every year, most years it was all he gave me. They would be plastic, metal, wood or whatever, but they almost always were exaggerated in size and coloration. It became a thing with us and although I am not sure why, I came to look forward to what kind of weird bug he would find for me each year.

A few years ago, I quit getting bugs from my father and at first I was kind of angry, but as with most things, I have just moved past it.

This year, Tim explained that he was thinking of all of that history when he decided to make me a bug and with that I had to stop and give him a puzzled look. The insect I was looking at was huge and perfectly formed with a gorgeous, deep purple finish. I had assumed he had ordered it from the Discovery store or the Audubon website. I was amazed and I quizzed him about the creation, still not sure that I had understood correctly- he made this?? He told me how he had cut out each individual piece and how there were way more pieces than I would imagine.

All night I looked at that dragonfly and I thought about what he had told me, how he had explained his process to me and I realized that all of life is kind of like that. If you haven’t put in the work to make the inside right, whatever is on the outside will never really be quite right.

You might can make it look ok, it might hold up for a while, but eventually, not having anything structural and strong inside will compromise the outside.

I’ve had talks with friends who are struggling right now, who are having a crisis of faith or are having a tough time with their relationships. Put into the situations we have faced in 2020, all of us are battling something it seems.

Those who rely on their social media feed or worry too much about appearances rather than doing the work inside, might find the challenges we are all facing even harder because of the lack of a strong inside foundation. When all of us are pushed to the brink, it is our inside fortitude that keeps us from going off of the cliff. Even then, it is hard sometimes to remember what we are made of, what we believe.

I talked to a friend yesterday morning as I waited for Tim to wake up. What I had sent as a quick “Merry Christmas” became a discussion of what we missed about our Christmas Eve the night before. She missed the children’s program and I missed the outside singing of Silent Night and the cold, quiet midnight walk home. We both had gotten our “O Holy Night” and uplifting sermon in a sparse crowd of socially distanced worshippers, but the little personal things we looked forward to weren’t there.

We were both ok, we understood that it had to be this way, sent our wishes to each other for a good day and for things to be better next Christmas. But inside, I know that I at least, was a little melancholy for a minute more before I continued with the day.

What we have shared every year at Christmas, the memories of the Christmases that came before, all of the way back to the very first one, has built a strong foundation for us to remember and hold on to as we move into 2021.

Crossing the day from 12-31-20 to 1-1-21 won’t magically make it all better. But it gives us hope. And hope is a big part of what is welded inside of us, that keeps us going when the outside veneer starts wearing thin.

Real hope won’t show up in a picture on Instagram. It is there inside, holding us together. If we have built ourselves from the inside out. really worked on that core that keeps us from collapsing on ourselves, we will keep going when the first day of the new year doesn’t bring instant joy and everything immediately back to normal.

It will keep us strong when we miss our friends’ hugs or keep us together when our partners get on our last nerve. It will hold us steady as we worry about the future and try to help those who are in worse places than we are. And hopefully, the welds are not only pretty enough to look like a store bought item, but will be strong enough to hold, no matter what comes next. Hopefully the work and creativity we have poured into becoming who we are was done with enough care, thought and love that we keep our shape so we can move on no matter what the future throws at us.

My dragonfly has a gorgeous color, my favorite color. It is shiny and new and beautiful. But I know it was built strong from the inside out. And that is what really counts. 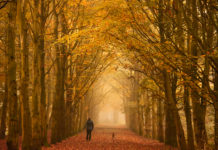