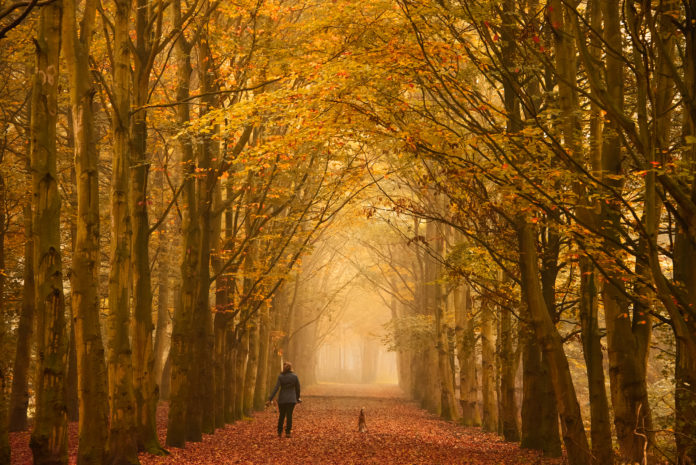 Several years ago, when my mom was in her late 70’s, I asked her what had been her dreams and aspirations. She told me that she had never thought about it. Never in her whole life had she thought about what her passion or purpose in life was?? I was so appalled by that that I feel sure it showed on my face. After all, I think about that almost nonstop!! (That probably isn’t healthy either!) She quickly told me that she liked to rake leaves. This time I couldn’t stay quiet. I told her that wasn’t a passion or a dream, it was manual labor.

My mom then said that she was very adaptable. I told her that wasn’t a dream or passion either, just a character trait that I was not so sure was even a good one to have. She assured me that her life, her very survival, was based on the fact that she was adaptable. She felt it was her gift.

I have thought about that conversation so many times during the years since and many times something happens that I think back to it.

I won’t go into what I observed in regards to my mother’s adaptability. Suffice it to say, what I saw come from that “gift” was her letting other people dictate what she did in life and she just learned to accept it. Again, I have a hard time seeing that as a strength.

There are certainly times that you have to adjust to things. I’ve had to adjust to not having my mom here any longer. I still have those moments when I need to pick up the phone and call her, but I am getting used to that not being an option.

I have adapted to the fact that I am no longer 20 and it is a bit harder for me to do some things. When I think about it, I really don’t want to adapt to being old. I am afraid that it will just push me further into old age more quickly if I don’t fight back and keep pushing myself.

Adapting to things in life can be good- to a point. I do see some adapting though, as a terrible thing.

I feel like the country is slowly getting used to lies and bad behavior from our leaders. We don’t blink an eye when a new scandal hits because they happen daily now. We just accept that that is how people (politicians especially) are now. We are adapting to that as a new normal and once again, I don’t think adapting to that is a good thing.

I see myself wondering if I have the strength to fight against the things I see as wrong, when I get told to not be angry, to not make a scene, to not rock the boat. I wonder if I too am just adapting to the status quo on issues that I find myself so passionate about, yet too timid to buck the system.

Right now I am thinking that I can not just sit and wait on the world to change. I don’t think I can pass off what needs to be done to the next generation and wait as the world moves at a snail’s pace.

If I don’t say something or do something, how do I look myself in the mirror, how do I face the young people I know, how do I face my maker at the end of my days? Do I say to my reflection, to my future grandkids, to my Lord, “so sorry, I just didn’t have it in me to argue. I just adapted to the ways of this world. It’s a gift!”

I don’t want to have to stand at the pearly gates and say I couldn’t be bothered to keep up with what was happening in the world and take a stand. That I was too busy or too timid to push for what is fair and just. That I was content to not stir things up. That it was easier to adapt and blend in.

In looking at the definition and synonyms for the word adaptable, I see words like compliant, malleable and obliging. Those words don’t really spark positive feelings in me. I’m not saying that is good, I am just saying being compliant and malleable don’t appeal to me.

Versatile and easy going are other synonyms that aren’t as off putting, but then I got to “easy”. Now I try to be easy going and not too high maintenance, but when I really look at those words as a description someone might use for me at the end of my life, I have to say I ‘d rather be more than that.

It is funny how you spend your life trying to be the good girl, following rules and doing all of the right things, but when you really stop and think about what kind of legacy you want to leave, those aren’t really the things I want to be remembered for.

Maybe instead of adapting to what I am told to be as a woman, as a person, I want to push back more. Maybe I want to stand up and make more noise in whatever years I have left.

Change is good, I love change. But changing to fit someone else’s ideas, changing to accept the unacceptable, changing to fit in when you don’t really fit, has been the example I saw and what I tried to do for too many years of my life.

Staying true to who you were meant to be, staying authentic and real is more important as I see the world from the perspective of age.

I have watched some videos lately of style icon Iris Apfel. She is in her 90’s and seems to be a person who is comfortable with herself. When asked if she had style rules, her comment was “Why would I make up rules? I would just have to break them!” Asked what she thought of someone else’s style she said, ” Why is it my business what someone else wants to wear? If they are comfortable with themselves and happy, what business is it of mine?”

I have an art piece in my office that says, “I don’t have too many vices beyond caring what other people think, she said, but that’s a big one.” And it is. Caring what others think is what pushes us to be something different than what we were created to be. Because we are all different, someone is going to think you too much- too loud, too dramatic, too silly, too something. Sometimes we just have to be “too much”- it’s who we are!

Trying to adapt to what the world wants from us can take us down a dark road. Being true to how we were made and who we were made to be is the way to find the light. Letting others be who they were made to be only adds to our living our best life. Expecting others to adapt to what we think is acceptable is not only presumptuous, but means that we think we know more than the God who made them.

I hope that I will stand up more regularly for those who don’t follow my same path, that I will broaden my path beyond what is expected, and that I will not let those who think their path is the only path take me down the wrong path. 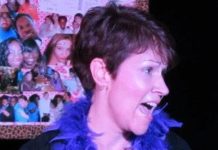 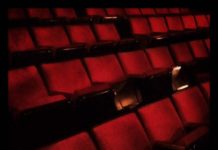 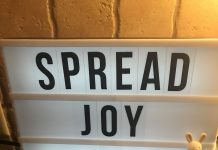