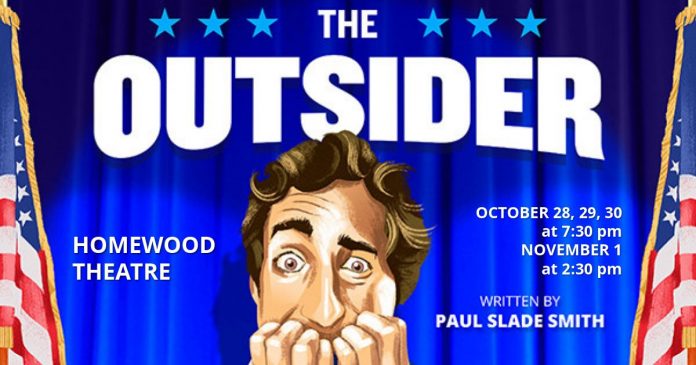 Although I often feel that I am too emotional and get riled up easily, I honestly try to find balance in most things in life. For me, that is not usually an easy thing.

I was raised on an unwavering schedule. Meals had to be at a certain time and we were not allowed to eat anything between those times. Certain days were for certain activities and there was no room for adjusting that expectation. Each day fell into the same pattern as the day before.

As I have watched the world become more extreme, I wonder where we are headed if no one is willing to find balance. If it’s our way or the highway, if we only listen to one side, if we refuse to compromise, then where does that get us?

For months I have felt pushed in different directions. I believe in science, I try to listen to news from different sources and I try to apply a little common sense and balance to my life. I have heard what we need to do to stay safe in a pandemic, but I also see where we need to try to support businesses and have a life. I have felt the pull to stay home, and the pull to get out.

I just directed a play in the midst of this and never have I seen such a balancing act in many different ways, all at the same time. In trying to be smart about our health, smart in following the rules, sensitive to people’s feeling, sensitive to the needs of people to be creative, to listen to my own fears and reclusive nature as well as to the needs of those around me to get back to business.

I felt pulled in every direction.

Not only did I try to find a balance in the actual mechanics of putting on a production, this play lent itself to finding the balance in the characters being portrayed on the stage.

For the mechanics of the show, I began by being much stricter than I have ever been. Each cast member had an assigned seat, distanced from the other actors and far away from me. I asked them to be in those seats if they weren’t onstage so that I could glance and know that they were safe and secure.

Although I had 2 couples in the group (and they could sit together!) I staged the rest of the actors to be 6 feet apart when onstage or back stage. Having to be more explicit in where each person stood on stage made me feel like I was stifling them at times and that was a hard balance to find.

We even came up with socially distanced dressing areas.

I broke the script down into little segments that could be rehearsed without the entire cast in order to keep the number of people there to a minimum whenever possible. Working on smaller bits of the script at a time kept rehearsals shorter as well. And although we were on a tight schedule, I tried to leave a couple of days a week as off days so that no one got too tired and stressed, two things that always contribute to a cast getting sick during the rehearsal process.

Masks were worn if they were not onstage or in their seats. To be perfectly honest, just as in the world around us, familiarity bred slacking. There were those moments that it all just seemed like too much trouble. We all became close mentally, as a cast tends to do, but I will say that each day as the cast came in to rehearsal, they were in masks. We all became a bit more adept at having masks that could be raised and lowered rather than taken off and forgotten. I got a chain I could keep my mask on, so that I quit running to the stage area only to have to stop to retrieve my mask before continuing.

We changed the configuration of the theatre in order to distance our audience yet keep a capacity that made the endeavor viable. We kept the audience in masks, even having to remind them at intermission of one performance to be vigilant and keep those masks on.

Although I had my worries throughout the process and felt personally responsible for each person involved, I have checked with the cast now that 10 days have passed and they are all well. Today is the first time I have breathed easy and felt that I could share our experience with a clean conscience!

Following the rules and being careful is not living in fear. Keeping the actors apart and wearing masks is not a sign of weakness nor is trying to do something collaborative, creative and meaningful a sign of recklessness in my opinion. I was trying to find a balance that might work for everyone.

Was I 100% sure that we would succeed? Absolutely not! I worried everyday. But I had to put the fear where I think fear needs to be- there to keep me straight, but not running my life. It kept me vigilant and pushed me to be creative in a different way than I would have been under more normal circumstances.

The other balance we had to find was with characters who lived right on the edge of real and ridiculous. To me, being funny is not about jazz hands, prat falls and over the top characters. The funniest things to me are real, they are characters who honestly believe what they are doing. For this show, there were several characters who could have stepped over that line to the detriment of the whole show, the whole point we were trying to make.

To the credit of my actors, each one found that line and stayed in bounds. Each one found the authenticity, the heart of their character and bought in to the humanity of the person, while still letting the humor come through. Again, they found balance.

We just had an election. I have always thought that one of the great things about this country was balance. If we had a president that I didn’t agree with, I knew there was a congress and a supreme court there to keep balance. Now I worry that that balance has been eroded.

Instead of congress being a check on the executive branch it is either a rubber stamp to their same party president or a brick wall to everything the other party’s president tries to do. Because of that there is no balance. There is all or nothing. There is no negotiating, no compromise, no adjusting or discussing. If you are the other side, it is an automatic NO and if you are from the same side, they give you an automatic YES.

Sometimes the other side has a good idea or is right. Sometimes your own guy turns out to be a nitwit and you have to try to temper what he wants to do. Most often it is a mixture of both things and you have to study and take each issue as it comes. While many things are negotiable and can be worked out, some things are just right and wrong and you have to stand your ground on those issues. All of it has to be handled in a balanced and fair way.

Trying to find a balance in life is really never easy. We tend to go to extremes too often. If one is good, ten are better. We over eat, over drink, and find every way possible to not keep our life, our bodies and our minds in balance. When presented with a new normal, finding a balance is nearly impossible. We couldn’t find it with the old normal, how in the world do we pivot and find it now??

I am trying to not let the days slip away from me like I did in the spring and summer, while still trying to be smart and careful. It isn’t easy and I feel like most days I am failing miserably. But when I had 7 incredibly talented and thoughtful actors around me, it didn’t seem so difficult. We’ll see how I do without them!!