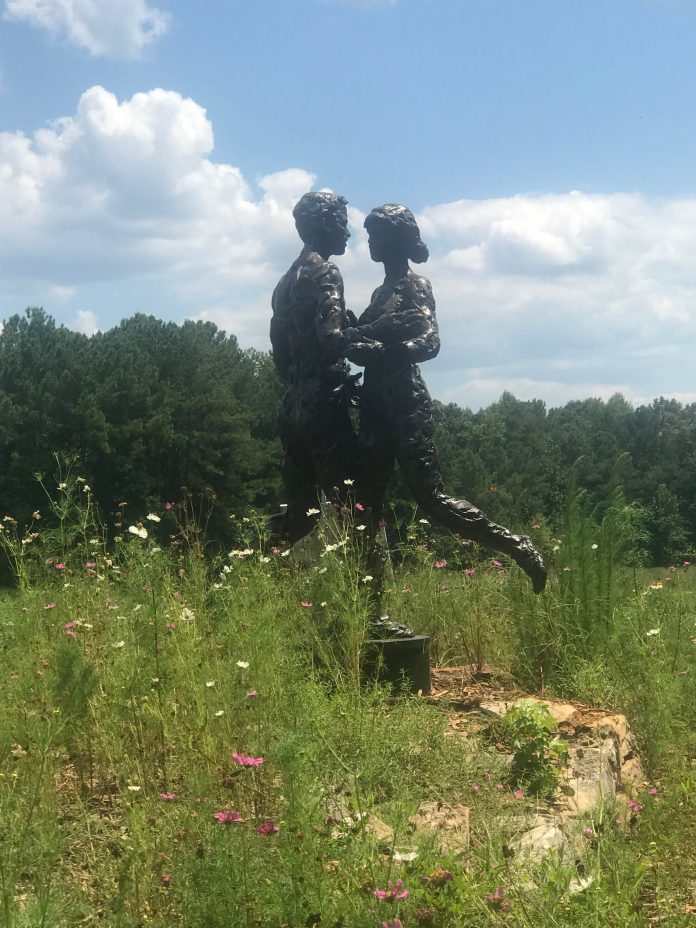 For almost a year I read plays trying to find one that held some sort of meaning for me and featured two young female characters as the leads. I finally found one and last year we added Isn’t It Romantic to this season. Almost 6 months ago I contacted the two young ladies I had wanted to work with and both agreed (with their husbands along for the journey) to fill the roles.

For those 6 months I have cast the rest of the show including voice over talent and technical assistance, read and reread the script and changed my set plans numerous times due to a change in location for the theatre.

After all of this work and anticipation, tonight we have our first meeting and read through as we begin the process of putting this show together.

While talking with a non theatre friend about the possibility of her helping out behind the scenes, I sent her a rehearsal schedule to look at as she made her decision about whether to work on this or not. She emailed me back and said that she knew that we worked hard on our productions, but she had no idea how much we did!

I laughed to myself thinking that the schedule she saw only covered the times we get together to rehearse. That schedule didn’t show any of the year I spent reading scripts to find this one. Or the six months I spent researching, planning, drawing and dreaming. Or the anguish when someone drops out at the last minute only to be replaced with joy when a talented friend steps in.

The schedule doesn’t show the hours that the actors will spend learning lines, something they do on their own time, not at rehearsal. Or the days spent building,  painting and decorating the set. Or the many trips up a ladder to move lights so that the set and the actors can be seen at their best.

Unless you work on a production, you really have no idea what goes into it. Until you go through the process from the very beginning planning until the last curtain call of the last performance you can’t really know how much of your heart, mind, soul, blood, sweat, and tears gets put into the process. How much sleep you lose and how many meals you skip to get it all put together.

I am hoping to blog more as this process unfolds so that you who follow me can get a glimpse into what the process is like as we collaborate and work on this production of Wendy Wasserstein’s Isn’t It Romantic. I will try to keep it real as we have those tough rehearsals where a director wants to pull out their hair, or the happy accidents that make for a fulfilling undertaking.

I don’t think I have ever been so excited to start a process! I have told several people that usually by now I am sick of reading the script over and over and I just want to get on with it. I have taken to reading parts of the script almost every day and every day I get more and more excited to hear it read by the cast tonight, to discuss characters and relationships on Thursday and then hit the stage next week.

You know I love a new beginning, but for some reason I am almost giddy with anticipation for this process! I will keep you posted on how it all actually unfolds.