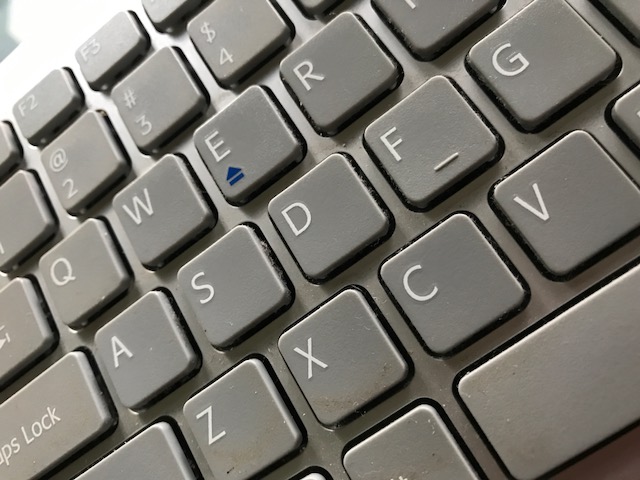 There is so much going on in the world and it just hasn’t seemed the right time to write any of my little petty observations in light of that. I have tried to stay in my house, out of the way and in my own lane as much as possible. I have pushed myself out of the house a couple of times out of loneliness and peer pressure.

I am a fairly simple person. I don’t need much to be happy. I like a good book, an uplifting movie and a good meal that I generally enjoy cooking myself. The occasional glass of wine is always appreciated. I have been happy at home, reading Marie Kondo and tidying my house in her honor.

I am a rule follower, unless the rule just seems too wrong for any sane person to follow, and if I have any success in life it is not because of any great talent, but because I am consistent.

If you have done a play with me. you know I follow the schedule I make, I am always early and I start on time. If you are friends with me, you know I will show up when I say I will and if you put me to do a task I will do it quickly and to the utmost of my ability, sometimes to everyone’s annoyance.

The girls I used to have lunch with once a month (and I miss those lunches as much as anything right now!) knew if I was even a minute late that something was wrong. If I am not where I say I will be, send out the troops, something is amiss!

There was a guy at Birmingham-Southern way back when I went there in the 70’s who was much more of a planner than I am. Where I kind of want to know what to expect, this guy would plan out every moment in his head before doing anything. If he was going to another student’s dorm room he would play out in his mind what would happen when he knocked on the door. He would imagine the other guy saying “Who is it?” as he usually did and Fred would respond, “It’s Fred.” Then the other guy would say, “What do you need?” and Fred would make his request.

Once Fred felt comfortable enough to leave his room and venture down the hall to the other student’s door, he would knock as planned. When the other guy yelled, “Come in!” Fred ran back to his room because that was not the response he had expected.

I don’t plan that carefully and with that much detail. I can “go with the flow” when needed. But I do plan for things in my own way.

For example, today I went to see a friend of mine who works at the church. I knew their rule was to enter by the door on the far side of the church from my house and to wear a mask. I know where her new office is and I knew that the main door was going to be locked sometimes and there was a doorbell and a key pad. Middle of the morning on a workday, I figured the door would be open.

There were two people I knew talking outside and one of them opened the door for me and told me that the code was the same as the doors on the other side (a code I knew) and I walked on down to my friend’s office, in my mask. When I walked in, she put on her mask and we went on with our visit. Consistent, what I expected, and even the different scenario with a locked door was easy to handle.

Now let me tell you about last week.

Tim and I decided to go to dinner with another couple. A restaurant we like is going out of business soon, so we decided to go have one last meal there. Tim has been anxious to go out, so I planned this little outing, hoping it would make him feel better.

When Tim and I arrived, there was an outside desk area under a tent right at the front door of the restaurant and a red line on the ground with red Xs on the ground every 6 feet behind that line. There was no one at the desk. There were people eating outside at tables on the sidewalk and people drinking and laughing all around this desk, but no one actually manning the desk.

I didn’t know if I was supposed to get a table at this station, or get a temperature check or what, so I waited at the first red X. Suddenly there was a downpour and the people at the tables grabbed food and drinks and rushed under the tent. I was not under the tent on my little red X so I moved, staying a distance from others but just under the tent. After a while I realized that no one was in any kind of line and this valet stand/desk area was not where I needed to be, so we went into the restaurant.

Inside, the waiting area was packed with people and the bar area beyond was equally full of people stacked in all together. It was a free for all! No one had on a mask. Tim asked at the counter for a table and was told there was a 2 hour wait, so we quickly texted our friends and decided to head to another restaurant.

Tim kindly went to get the truck in the rain while I waited under the tent, trying to keep my distance and keep out of the way. It was not easy.

The whole thing was so confusing and disconcerting. It seemed that there never had been and was not currently a pandemic or anything out of the ordinary happening. People were eating and drinking and being merry. (And yes, I know the rest of that quote!)

At the second restaurant, things were quiet. The other couple was already seated at a table that was way spread out from the other tables. Not only were there fewer tables, but several had big red Xs on them. Before I could join them at the table, I had to have my temperature checked and the menus were paper throw away menus.

This was more what I had been expecting when I ventured out into the world, but the inconsistency made me question what in the world is going on?

When I got home I watched the 10:00 news as I usually do and there was the scene of a funeral for a fallen police officer who was killed in the line of duty the weekend before. The newsman said there were 700 people in attendance and you could see the officers from all over the nation who had come to this service, shoulder to shoulder, no mask in sight.

A few moments later I saw a Facebook post from a friend who had lost her husband a few days before. He was a very prominent and well loved man in the community. Her post told us how to watch the service online due to the restrictions on the number of people who could attend.

I thought back to the mayor of Homewood, who works at the funeral home in town, saying on the news how difficult it had been to tell families that only 10 people could attend their loved one’s service when they had just been at Costco with hundreds of people around them. Having lost Tim’s dad’s wife and Laurel’s grandfather during the stay at home order, I know how difficult it is for everyone not to be able to pay their respects in the way we are used to. It is made even harder when you follow the rules and then watch others who don’t.

I am not sure what the right answer is. I try to listen to experts, not know-it-alls. I try to use common sense and not let the peer pressure pull me off the track. I try to discount the politicians and listen to the doctors. Even they are not consistent, telling us that we have a 50% chance of giving someone the virus even if we are asymptomatic and yet when Tim had surgery a few weeks ago, his surgeon walked up and shook my hand several times during the day.

I work at being flexible, but being guided by rules and consistency just seems to be my nature. I try to get past it for my sake and for others when rigidity and rules seem silly. Right now, in this new world we find ourselves in, I don’t know what is happening. The other day I told Tim I was just going to stay in the house where I felt safe, that I was confused and dismayed by the outside world.

I know I tend to err on the side of caution. I put my cell phone in the back seat of my car when I drive and I wear a seat belt everywhere I go. I believe you wear a helmet when you ride a bike. I lock the back door to my house and I lock my car when I park it. I know what can happen if I don’t do those things.

Will I be in a wreck? I hope not, but I have been and I know what it looks and feels like. I know a seat belt saved me. I want to give myself the greatest chance to survive if it happens again. Will I fall off of a bike if I ride one? Probably- I am a terrible bike rider! But I have seen the cracked helmet when Tim has had crashes and I know those helmets have saved his life. Will someone walk into my house unannounced? Probably not, but they have before and although they turned out to be someone I knew, what if they hadn’t been? It scared me badly enough being a friend (although a rude friend!)  I can’t imagine how scary it would be if it had been a stranger!

I don’t know for sure what will happen in this case. It is all new ground. I know I might get sick. I know I might make someone else sick. We were told one thing and then later, something else. We get admonished if we don’t wear a mask and laughed at if we do. We see the rules to social distance and then watch our leaders and the very task force who set the rules break every one of them in photo opportunities and outings regularly.

Or is it? Depends on who you ask.